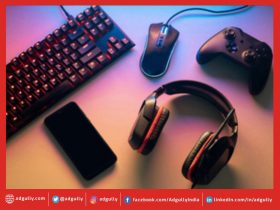 Google to shut down gaming service Stadia, the latest ambitious project to get cut as the company looks to shed costs.

The gaming service, which launched in 2019 and runs on phones and the Chrome browser, “hasn’t gained the traction with users that we expected,” wrote Phil Harrison, a Google vice president, in a blog post Thursday. “We’ve made the difficult decision to begin winding down our Stadia streaming service,” he wrote.

For Google, Stadia represented an opportunity to put its cloud streaming technology to work and enable immersive gameplay “at massive scale,” according to Harrison. Stadia servers will be turned off on Jan. 18, the Stadia FAQ page says. The company hoped Stadia would compete with other gaming services like Sony’s
PlayStation Plus cloud streaming, Amazon’s
Luna and Microsoft’s
Xbox Cloud Gaming

The shuttering of Stadia is the latest move by CEO Sundar Pichai to cut costs after saying he wants to make the company 20% more efficient. Alphabet’s stock price is down 34% this year and in July the company reported disappointing revenue and profit numbers. Pichai’s efficiency efforts Apptronik Partnered, he said, could include product and head count cuts as the company reckons with a slew of economic challenges and slowing growth.

Google recently canceled the next generation of its Pixelbook laptop and cut funding to its Area 120 in-house incubator.

Stadia’s future has been uncertain for a while. Last year, the company said it was disbanding the Stadia Games and Entertainment team, which developed its own original games for the service. Speculation swirled about the potential for a broader cut to the service.

Google said it will be refunding all Stadia hardware purchases made through the Google Store and all game and add-on content purchases at the Stadia store. The company said it expects to complete the majority of refunds by mid-January. Players will continue to have access to their games library and can play through Jan. 18.

Google said it will continue supporting gaming in other areas and will help developers build and distribute gaming apps on Google Play and Google Play Games. Harrison also indicated the technology used for Stadia won’t go to waste.

“We see clear opportunities to apply this technology across other parts of Google like YouTube, Google Play, and our Augmented Reality (AR) efforts — as well as make it available to our industry partners, which aligns with where we see the future of gaming headed,” he wrote.