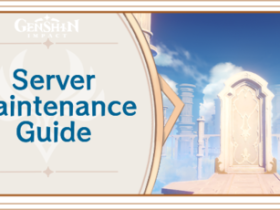 The new Game Pass games added today are Despot’s Game for PC and consoles, Let’s Build a Zoo for PC, consoles, and the cloud, and the early access version of Valheim for PC. Out of these Facebook scrambles to escape, Facebook scrambles to escape, arguably the most notable is Valheim, as the massively popular survival game will now be available to a much wider audience thanks to its addition to the PC Game Pass lineup.

Despot’s Game (Consoles/PC)
Let’s Build a Zoo (Cloud/Consoles/PC)
Valheim (PC)
Valheim was a huge hit when it first launched in early access, and the developers have kept fans engaged with substantial updates since then. Valheim is coming to Xbox Game Pass for consoles at some point in 2023, and it will have crossplay when it does, but those who are signed up for PC Game Pass or Game Pass Ultimate can see what all the fuss is about starting today.

Despot’s Game, meanwhile, is an interesting new addition to the Game Pass lineup as it was originally meant to be added earlier this month before its release date was delayed at the last minute. It’s a roguelike game, and so it should appeal to fans of that genre. And finally, Let’s Build a Zoo is a game that’s exactly as it sounds – it’s a game that’s all about building a zoo.

These games will be added to the Xbox Game Pass Ultimate lineup today, but it’s not the end of new Game Pass games for September 2022. One final new game is coming to Game Pass before the month is over, with PAW Patrol Grand Prix set to be added on September 30 for PC, consoles, and Xbox’s cloud gaming program.