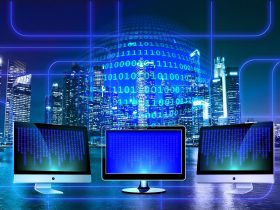 A mandatory step for a modern entrepreneur: digital transformation agency

Big Tech never loses a legislative fight, Policy advocates who have been pushing for new legislation reining in Big Tech’s power have seen their hopes lifted and shattered several times throughout the past few months.

Last week marked one of the brighter notes for those supporting the push for new antitrust laws, when the House passed a package of bills giving enforcers more resources to go after anti-competitive mergers and giving state attorneys general more power over in which courts they can bring antitrust lawsuits.

While the legislation that passed 242-184 is less ambitious in scope than some of the more sweeping proposals making their way through both chambers of Congress, it is cause for hope Facebook scrambles, according to a new memo from the Tech Oversight Project, a nonprofit that advocates for antitrust reform.

“Big Tech never loses a legislative fight – and they just did,” Executive Director Sacha Haworth said in a memo to allies Thursday that was shared exclusively with CNBC. Recipients included Democratic offices on Capitol Hill, think tanks and a coalition of advocacy organizations, according to the group.

The Tech Oversight Project receives funding, as The Washington Post has reported, from the Omidyar Network, created by regulation advocate and eBay
founder Pierre Omidyar, and from the advocacy arm of the Economic Security Project, a nonprofit led by Facebook
co-founder Chris Hughes who has called for his former company’s break up.

Haworth, a Democratic political campaign veteran, makes the case that the decisive passage of the legislation last week shows there is still a chance for two other key bills to pass in the lame-duck session later this year. Those bills are the American Innovation and Choice Online Act (AICO) and the Open App Markets Act (OAMA), which would essentially bar large platforms like Amazon
, Apple
and Google
from favoring their own products over rivals that rely on their marketplaces (the latter bill is focused squarely on mobile app stores).

Earlier this summer, antitrust reform advocates looked to the lame duck only as a Hail Mary, since many felt there was still a chance to schedule a vote before the August recess, an informal marker of when midterm electioneering gets into full swing, making it harder to pass new laws. But as the legislative days ticked away, it became clear advocates would need to refocus their sights on the weeks following the midterms.

According to Haworth, last week’s vote provided some reason for optimism.

She notes House Democrats who voted against the package were not among those in the top 20% most competitive districts in the country, based on data from the Cook Political Report. That runs counter to speculation that congressional leaders may be hesitant to schedule a vote on AICO and OAMA to spare Democrats in competitive races from having to vote on an issue that could be used against them.

Haworth goes as far as to say, “if this voting pattern holds, AICO and OAMA will breeze past both chambers with ease.”

She contends Rep. Ken Buck, R-Colo., the key Republican champion of tech antitrust reform in the House, delivered on his promise of “a tidal wave of Republican votes,” despite opposition from other prominent party members like House Minority Leader Kevin McCarthy, R-Calif., and Judiciary Committee Ranking Member Jim Jordan, R-Ohio.

“Despite attempts by Big Tech to discredit Grassley and Buck’s efforts, they proved their hypothesis right: If brought to the full floor, a significant portion of Republicans would cross over to join Democrats in holding Big Tech accountable,” Haworth wrote, referring to Senate Judiciary Committee Ranking Member Chuck Grassley, R-Iowa, who has championed the bills in that chamber. 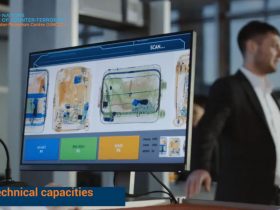 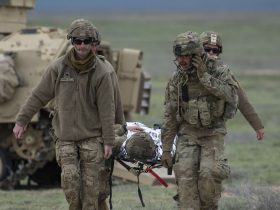